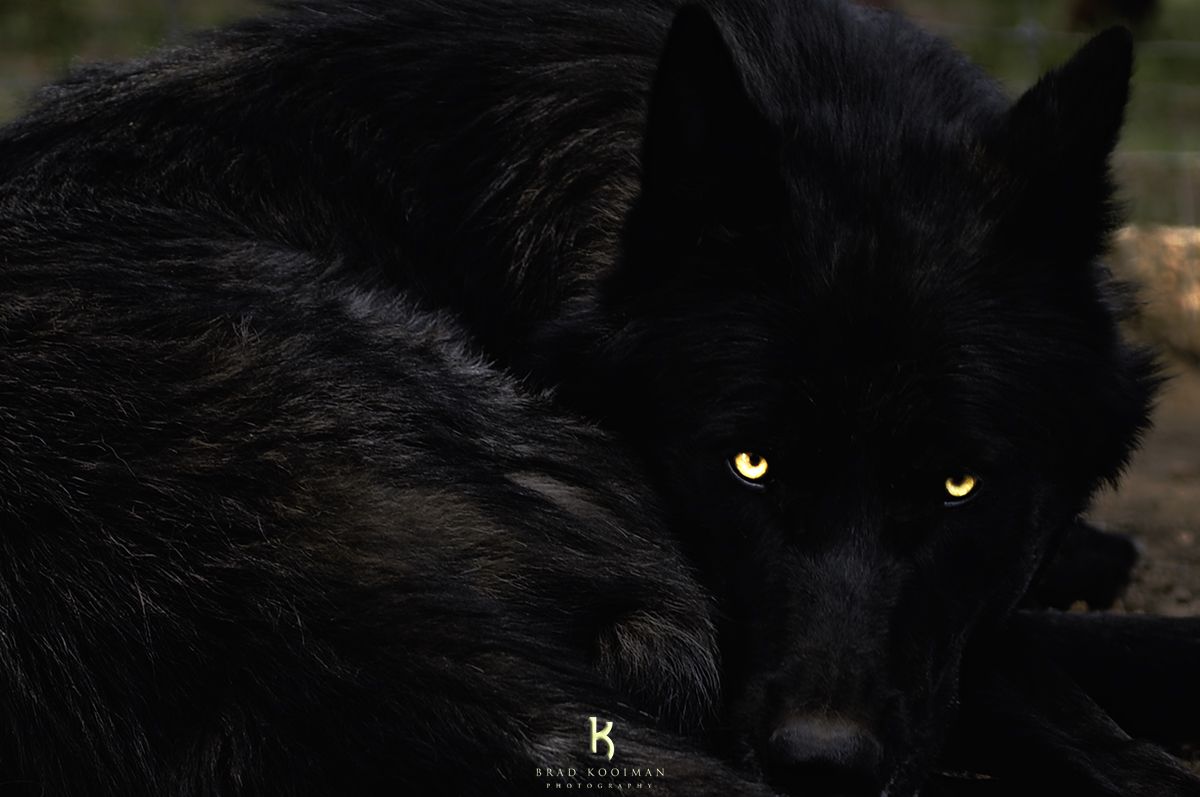 Name: Vexillian
Pronounced: Vex ill ian
Age: 1.5 years
Gender: male
Fur: Black with some very dark brown patches
Eyes: Gold
Appearance: Standing 2.3 ft at the shoulder, 6.3 ft in length at a 160 pounds, Vex is a stout wolf, a little above average, but nothing to write home about. His Fur is mostly black with some patches of other colors showing through in places.

Personality: His personality is chaotic. Sometimes he is mellow and calm, other times he could be a spastic ballistic fur missile. Don't let his behavior fool you however, he likes to down play his intelligence, whether being devious or just wants to be lazy, one can only guess.

Special Notes: Often acts hyper and energetic, kind of clownish. At times, however, he can seem to have a personality shift and be quiet, collected, and deep. Sometimes, he can be seen lost deep in thought.

Other Relationships: Just the Pack for now.

History: One day as a pup, he wandered away from his mother's den and found a human family camping. They mistook him for a lost domestic puppy and took him home. After a few months they took him to a vet who told them it was a wolf. (Stupid humans) The vet arranged for Vex to be placed in a wolf refuge. A year passed and Vex became too much for the refuge to handle. After certain... incidents... they refuge decided to 'release' him into another area.
Top
Post Reply
1 post • Page 1 of 1